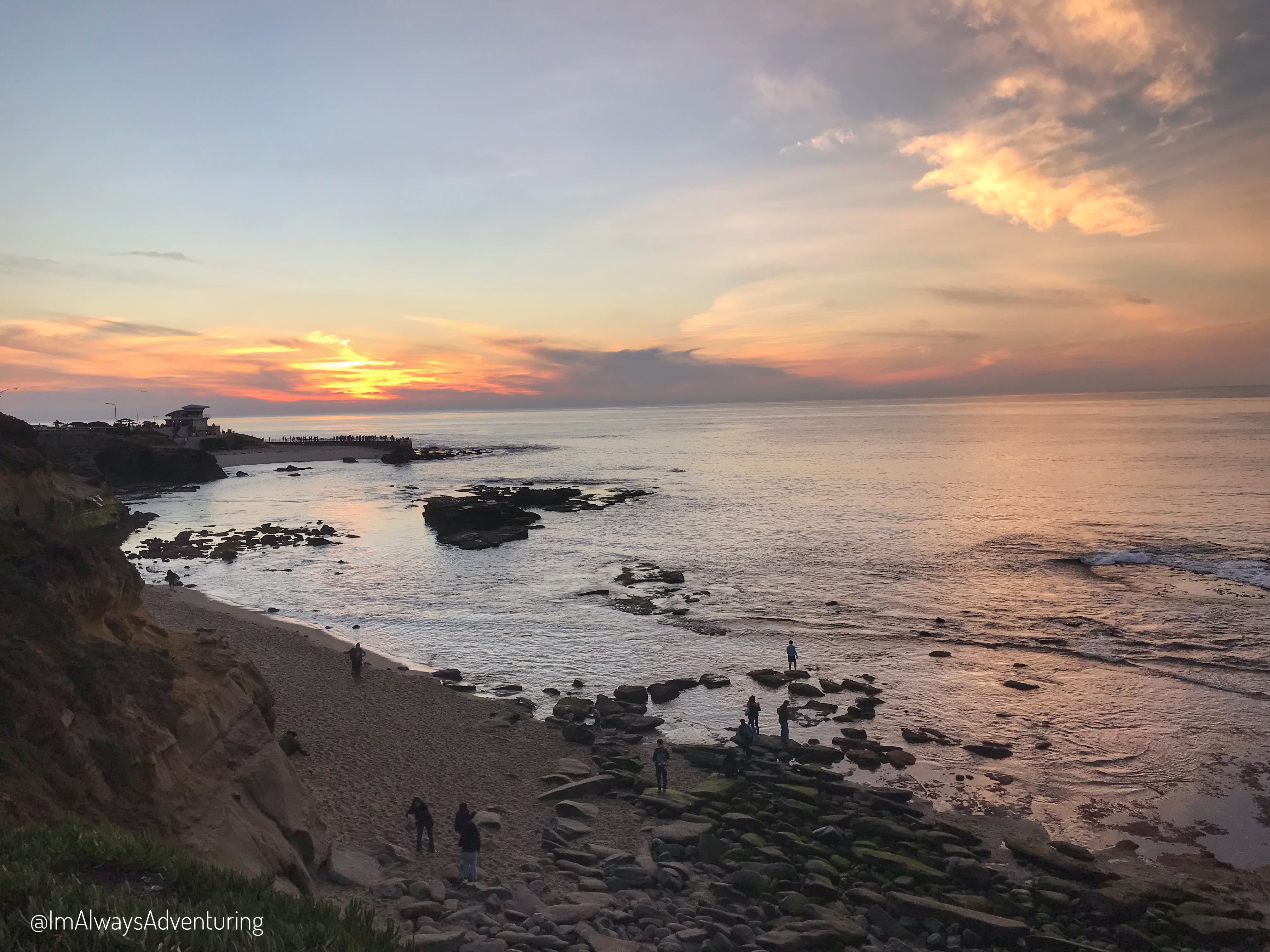 I’m feeling the deja vu.  It seems like I just made this trip a few months ago.  In actuality it’s been almost 2 years.  2 years!  I guess it’s true that time flies when you’re having fun.  Unfortunately, due to some family situations, I had to move back to the west coast.  What I quickly realized was that this trip would definitely NOT be like the original trip.  When I first moved to the east coast, I didn’t really have anything, so I just packed up my car and drove across the US.  Well, that was definitely not the case this time.  I  had started building a life, and along with that life was stuff; not a lot, but enough that I had to deal with the logistics of  figuring out how to get it back.  Not only did I have to figure out the logistics of a move; I had to plan a cross-country roadtrip.

It’s all about the money honey!

Ultimately, it came down to cost.  It was a lot of math….. and I hate math.  I had to figure out if the original cost paid/cost of replacement would be offset by the amount that I would receive if I sold everything.  And if the amount spent shipping the items back would be reasonable enough that it would be worth the hassle?  Should I just sell everything and drive; like I did the first time?  Well, at the time it seemed that I would lose way too much money if I sold everything and had to purchase it again once I reached California, so I decided to just keep the more expensive items.  I called around to several different moving companies, as well as U-Haul.

If you haven’t used a U-Haul lately, let me tell you….. it’s expensive!  The cost of simply renting the U-Haul was crazy, plus the cost for gas ANNND I had to move everything myself?  Yeah, no.  So, I decided to go with a moving company.  Let me tell you….. that process ended up being so stressful, but more about that later.  Getting the stuff on the truck was a pretty smooth process.  I had everything boxed and ready for them, so all they had to do was grab it.  When I initially set everything up, I was told that it would take 5-10 days for my stuff to make it to Cali.  Ok, no problem.  I wasn’t leaving for a couple of days, and I knew the cross-country roadtrip wouldn’t take me any more than 4-5 days.

Ok… truck was loaded and on it’s way; I said my goodbyes; I made one last tour around my beloved little city; time to head out.  Nothing but 3000 miles of road between me and California.  Initially, I was going to drive down the east coast.  I had planned to stop in Charleston, Savannah, and then New Orleans; however, that’s not what happened.  Due to some unforeseen circumstances, I was delayed a few hours.  By the time I left my stops would have been mistimed and I would have ended up losing almost an entire day, which meant spending money on an additional hotel room, so I decided to make a beeline across and drive until I was tired.

Be sure to say hello to your neighborhood pimp….

The first day was pretty uneventful; I literally just drove.  The longest part was driving the length of Tennessee.  3 states that you NEVER want to drive the length of: Texas, California, and Tennessee.  I’ve driven all 3 and they are all equally as mind-numbing, but I think Texas is a little worse because it’s so darn flat. But that’s beside the point.

I decided to stop in Little Rock for the night and…. Yeah…..  Every city has it’s bad area and evidently that’s where I picked.  The hookers in the parking lot should have given me a clue, but it was late, and I was exhausted.  I said hello to the pimp down the hall and went to my room.  Once I was safely bolted inside I took a look around.  The room looked like it had been cleaned with dirty rags and dirty water.  So, I slept on top of the blankets…. Fully dressed.

The following morning I was determined to put the LR fiasco behind me and focus on the road ahead.  In my defense, I don’t know Little Rock, and I usually have really good luck picking hotels.  Before I left the area, I picked out a couple of things to see that wouldn’t take me too far off my route.  Luckily, since I had bit the bullet and drove the length of Tennessee, my drive took me through the uppermost part of Texas, which was where I stopped to see the Cadillac Ranch.

Cadillac Ranch is an art installation of 10 Cadillacs, half-buried with their tails to the sky.  There isn’t a whole lot to it, but I wanted to stop because it was something different and quirky.  All of the Cadillacs are covered in graffiti and there are numerous cans that litter the area.  The graffiti is encouraged, as it is a public art space that incorporates public interaction.  Needless to say it was a pretty interesting little stop and it gave me a chance to “interact” with the art, and stretch my legs.

No pimps this time

Before I left from Little Rock, I knew I was going to have to make one more stop, so I decided to split the difference between Little Rock and California, and stop in Albuquerque.  The hotel experience was a million times better than the night before.  Hallelujah!  There wasn’t a pimp or a hooker in sight!  And I wasn’t afraid to actually get underneath the blankets.  Everything smelled so clean!  It was wonderful!

The following morning, after a good night’s sleep, I took a look at potential stops along the way and decided that the Petrified Forest sounded pretty incredible.  With Starbucks in hand, I headed out on the final leg of the journey.

The Petrified Forest was absolutely beautiful!  The park covers over 230 square miles and has several different places to stop throughout the drive to take photos, go for a hike, or just stretch your legs.  I stopped quite a few times at some of the points of interest throughout the park.  The National Park Service does a wonderful job of having placards throughout the park explaining exactly what you’re looking at.  You can plainly see the different layers in the sides of the cliffs, but unless you are a geologist, you don’t really grasp the enormity of how old those layers actually are.  So the placards and the handouts help immensely!  But, even with all of the beautiful scenery, after an hour or two, I decided to be on my way.

I made it through Arizona, and the easternmost part of Southern California with no problems, other than a really weird smell in Arizona and high winds in California.  I was ecstatic to see signs for In N Out, and Jack in the Box.  If you are unaware of the hype, both of those chains are Southern California staples and for this California girl it was the signal that I was almost home.

One thing after another…

Well, I made it safe, in one piece, and I slept like a baby.  The following day I called the moving company to find out where my stuff was.  Guess where it was?  In the same darn place it was when I left: in the warehouse on the east coast.  No one could give me a solid answer on when the stuff would actually be on a truck headed for California.

Since my things hadn’t arrived yet, I only had the clothes and things that I had packed in the car.  It would not have been a huge issue but before I left the east coast I had set up several job interviews for when I arrived in California.  But guess what?  All of my business attire was sitting in boxes on the east coast. I had scheduled the interviews with plenty of time accounted for the truck’s arrival (or so I thought).  I ended up having to buy a new outfit, which, normally isn’t a big deal; but when you don’t have a paycheck coming in, every purchase is a big deal.

Over the next 10 days, my household things were finally en route to California.  No one could give me any sort of time-frame about when my things would arrive, so I had to keep my schedule completely open (which isn’t the best when you’re trying to schedule follow-on job interviews).  Well, the stuff FINALLY arrived, most of it anyhow.  The TV was completely broken, the entertainment center was scratched and damaged, boxes were missing…. It was definitely not a good experience.  The entire process was such a headache and such a nightmare.  When I move again, I am selling almost everything and packing a u-haul, despite the cost.

Moving, AND making a cross-country roadtrip was definitely a lot easier to do when I only had a car full of stuff; it is a whole different ballgame when you have a house full of things to move.  Moving is extremely stressful and it has the potential to cause massive anxiety and migraines.  Even the best laid out plans will have some kinks in them.  Biggest takeaway? Always have a backup plan!