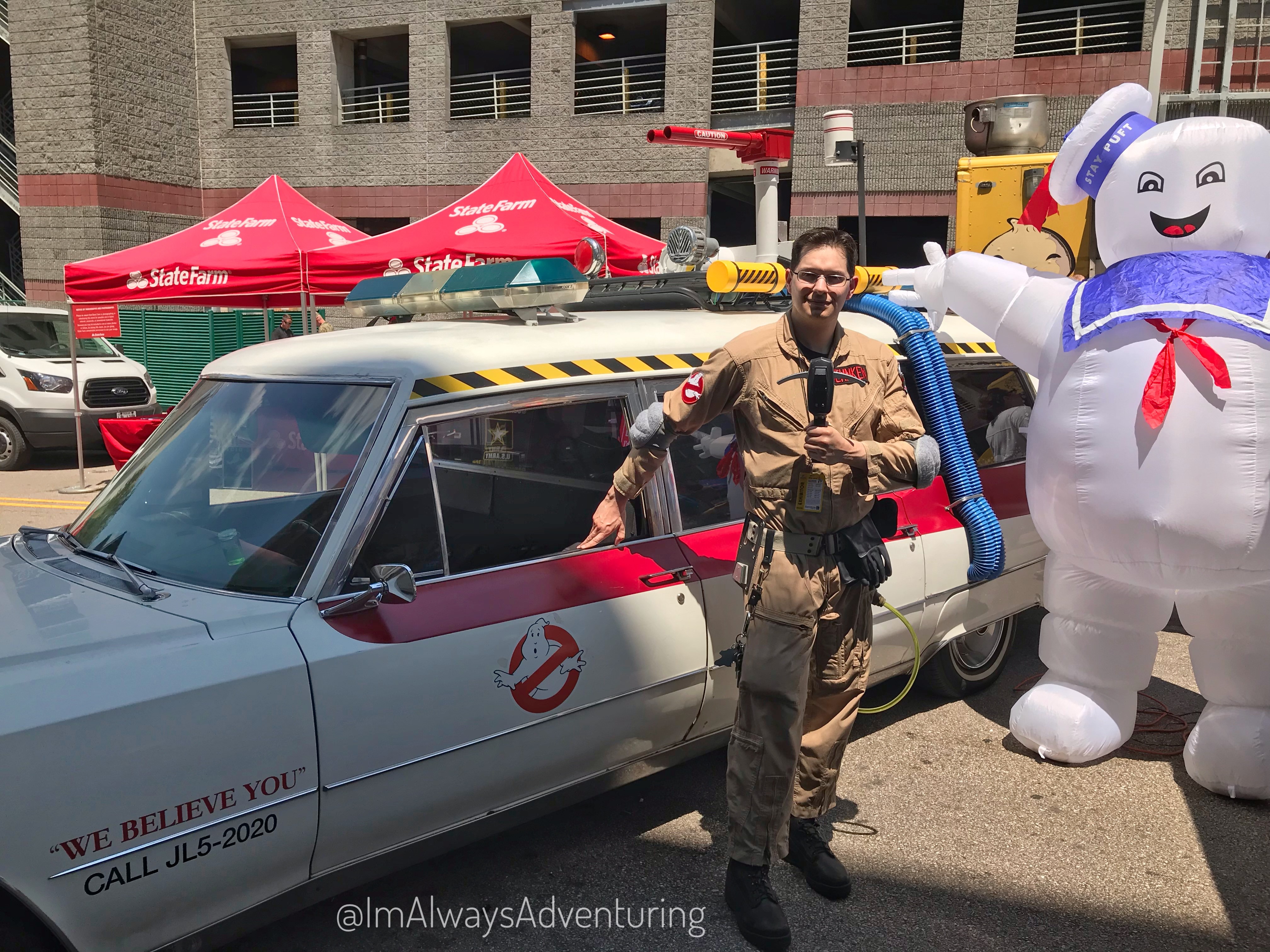 This past weekend Raleigh held their annual Galaxy Con….. well, technically it’s the first annual since they recently changed their name from Super Con, but you get the point.  To get you up to speed: Galaxy Con recently went through a sale, and subsequent name change; now falling under the bigger ReedPOP umbrella.  There didn’t really appear to be too much of a difference between last year and this year, except size.  The “Con” grew by a day, and there also seemed to be quite a few more big names added to the lineup.

This was my second year in a row attending Galaxy Con.  Last year a girlfriend of mine convinced me to go with her.  Although I am a pretty big comic book nerd, I had second thoughts about attending because I come from San Diego, home of the mega-giga-normous Comic Con.  I was afraid that the event would be ridiculous like the one in San Diego.  Needless to say, I was pleasantly surprised.  Events like this are actually enjoyable because you can walk around and enjoy yourself.  You don’t have to be worried about getting crushed under a sea of people.  I really hope that they aren’t trying to grow to massive San Diego or New York proportions.  And honestly, I don’t know where they would grow to because they seemed to be at max capacity for space already.

My Wallet Put Me On Time Out

The bottom floor of the Convention Center was where the vendors, autograph & photo tables, and other displays were housed.  I spent the majority of my time in this part of Galaxy Con.  The vendors seemed pretty evenly split between creators selling their own wares and others that were selling mass-produced goods. I always enjoy speaking with other creatives because I love hearing them talk about their art.  You can see how much they absolutely love it.  I bought quite a few original pieces from different artists because I believe in supporting the arts.  I wish that I could have spent more, but my bank account said NOPE! Lol.

On the other opposite side from the vendors, were the superstar booth.  All of the actors, writers, wrestlers, animators, and more, had booths set up so that people could go and take pictures or get autographs – for a price of course.  I just meandered through that area; there wasn’t really anyone that I wanted to stand in line, and pay to get an autograph.  I was happier just walking around and people-watching.

I’m Not Made Of Money!

My biggest complaint was that you had to pay for almost everything.  There were no displays that you could actually enjoy or take photos with without having to pay for it.  I get it, people have to make money, but you had to pay to take a picture with your own phone. I could understand if they were actually supplying the camera/photo, but no…. it’s your camera.  If the exhibitor didn’t want people destroying the display, they could put a rope around it.  That way people could look/take pics and not ruin it.

It would be great if they had some displays set up that were informative, or that were cool to look at.  I realize that an event of this size may not attract the super-large vendor/merchandiser that can afford to sponsor a space, but hopefully it’s something the Galaxy Con organizers take into consideration in the future.

Upstairs there were several different rooms set up for panel discussions, and other various events.  Across the courtyard, in the adjacent hotel, there were game rooms set up as well.  This goes back to what I was saying about size.  I don’t know how the Con is going to grow in size when they’ve already hit max capacity.  Hopefully they just try to make the event better, instead of bigger.

When I walked into the game room, I felt like I was in the nucleus.  Fingers were flying across keyboards, controller buttons were clicking like crazy, people were punching the air in Virtual Reality goggles, and limbs were flailing around to dance-dance-revolution.  There was so much energy in that room, it was contagious.  Red Bull had several beverage choices for people taking a quick break from their games; it was a nice treat.  Since I’m not much of a gamer, I didn’t stay in the game room for too long.

One of the things that Galaxy Con carried over from Super Con was blocking off one of the adjacent streets for a DJ and several other exhibits.  It definitely gives attendees a chance to get outside and breathe fresh air while enjoying some music.  Well, since this is North Carolina…. in the middle of summer…. there was only so much humidity-filled air I was willing to breathe.  I went outside briefly in order to get a look at the Ecto-1.  The Ghostbusters had a display set up with some of their ghost catching equipment, as well as their famous car.  Since I turn into an alpaca in the humidity, I quickly returned to the event inside the building.

Galaxy Con Raleigh was definitely a fun experience.  I met some really awesome people, and made some pretty great memories.  It definitely ignited some creative sparks that were starting to die out.  It’s important to be around other creative people in order to feed your spirit.  I think that’s part of the reason I was able to get this article written so quickly; I’m still on a creative high from this past weekend.  I hope you get a chance to refill your creative spirit too!  As always, thank you for reading about my crazy adventures!

Until the next adventure,